The Heir Chronicles - The Enchanters Nail Art Tutorial and Giveaway

Sponsored
HELLO!!
Hi dear readers how have you all been? As you are probably aware, I spent the summer preparing to move, which included clearing out and selling our house in NY, and moving to Washington state. Wow! So.Much.Work. I'm thrilled to say we are just about settled in our new home, with my very own room for nail polish and blogging, and I'm back to blogging, starting off with a post I'm super excited about. I've been asked to create a manicure to coincide with a book launch. Could I love any two things more? Nail art and books? Make sure you enter to win the giveaway at the end of the post!

Here's the lowdown!
The fifth and final book, The Sorcerer Heir, in the young adult series The Heir Chronicles by Cinda Williams Chima will be released this month. In honor of that, an exciting blog tour has been going on...with book inspired nail art by some very talented ladies for each book! I have nail art inspired by the 4th book, The Enchanters.

Here's my The Enchanter inspired nail art. Keep reading for the details how I created it and a chance to win all five of the books in this series! 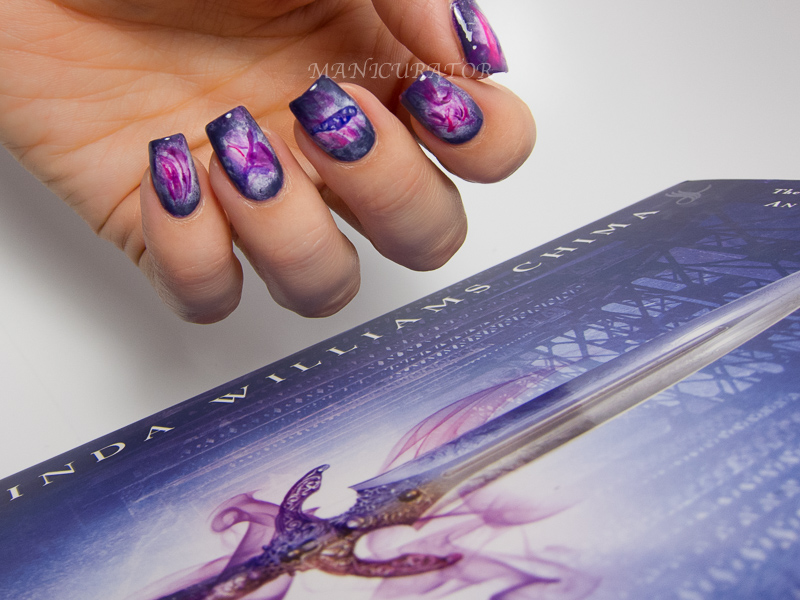 Those with magical powers in The Heir Chronicles series by Cinda Williams Chima are known as the Weir. The World of Weir blog tour leads up to the release of the can’t-miss series finale, The Sorcerer Heir (in-stores October 21st) by celebrating the magical fantasy world and the five types of magical guilds. Follow along for playlists, nail art, and more inspired by the series, plus exclusive excerpts from the upcoming finale.


The Heir Chronicles series will keep readers glued to their seats through riveting fight scenes, deadly political machinations, burgeoning romance, and the unfolding intrigues of a contemporary magical world.

The Sorcerer Heir is a self-contained story accessible to readers just discovering the Heir series, but loyal fans will be rewarded by visits from beloved (and lovingly reviled) characters.

ABOUT THE SORCERER HEIR
The can’t-miss finale to the beloved and bestselling Heir Chronicles series.

The delicate peace between Wizards and the underguilds (Warriors, Seers, Enchanters, and Sorcerers) still holds by the thinnest of threads, but powerful forces inside and outside the guilds threaten to sever it completely. Old friends and foes return as new threats arise in this stunning and revelatory conclusion to the beloved and bestselling Heir Chronicles series.

The Sorcerer Heir is a self-contained story, accessible to readers just discovering the Heir series, but loyal fans will be rewarded by visits from characters they love (and love to hate) from the earlier installments. Readers will be glued to their seats through riveting fight scenes, deadly political machinations, burgeoning romance, and the unfolding intrigues of a contemporary magical world. 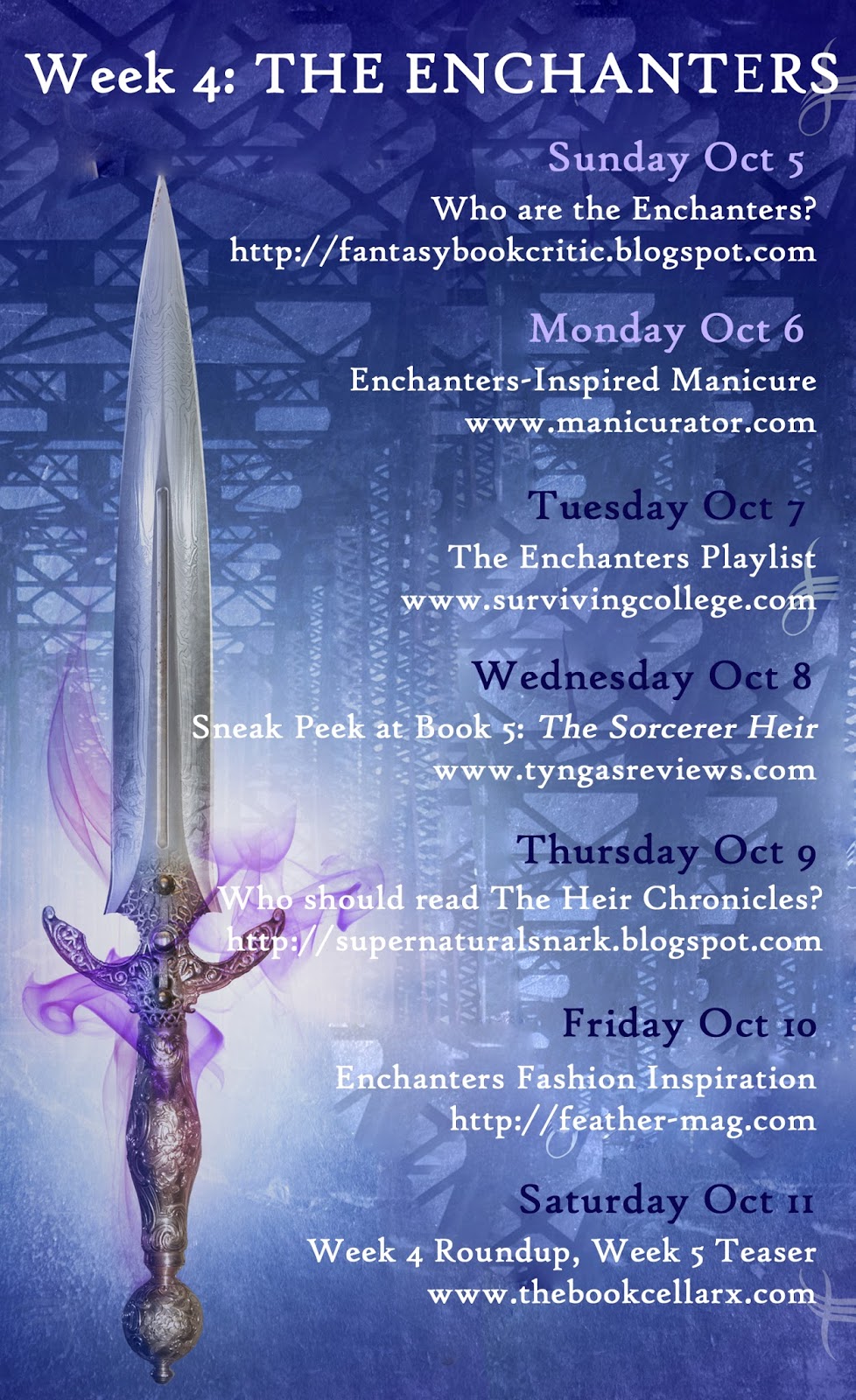 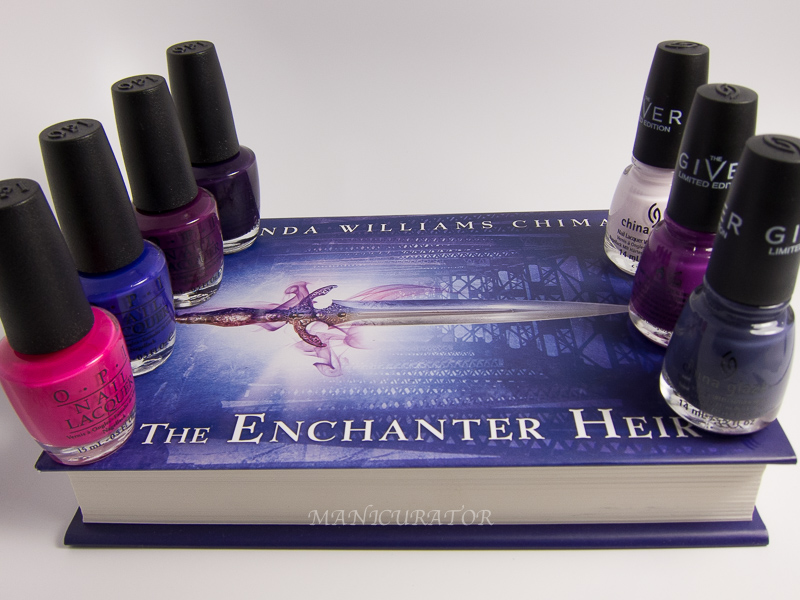 The Enchanter Heir with OPI (from left to right) Girls Love Ponies, Do You Have This Color In Stock-Holm?, Skating On Thin Ice-Land, Viking In A Vinter Vonderland and China Glaze Friends Forever, Right?, Givers Theme, History Of The World 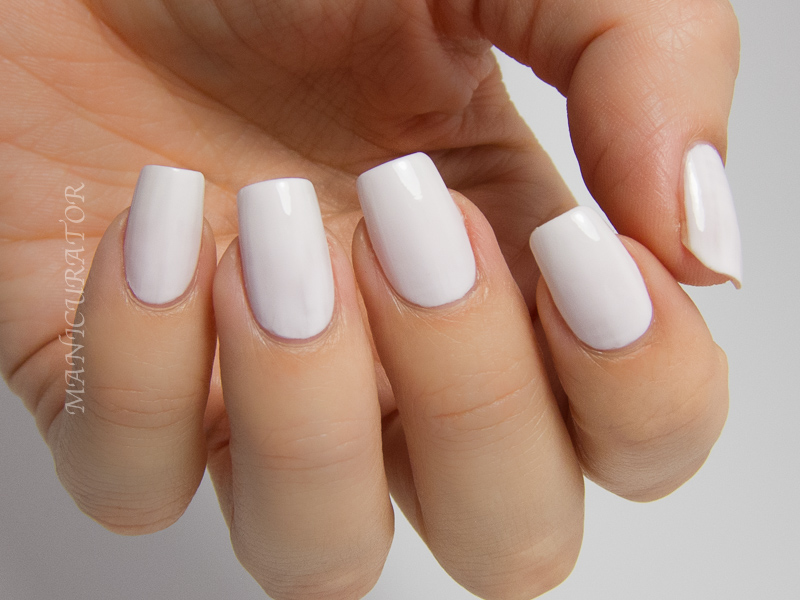 This manicure started with a base of 2 coats of China Glaze Friends Forever, Right? 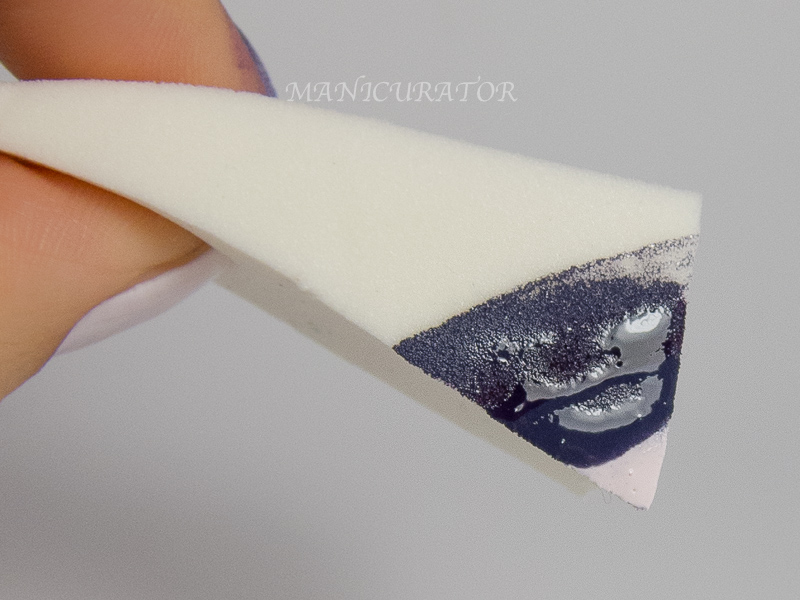 Once the base color was dry I painted on a make up sponge: China Glaze Friends Forever, Right?, China Glaze History of the World and OPI Viking In A Vinter Vonderland from tip inward. Making sure to keep the center lined up I dabbed on these three colors in a rough circular pattern. I wanted a framed gradient but one that was not perfectly round. You will need to reapply the polishes to the sponge and dab repeatedly until you get the look you are happy with. 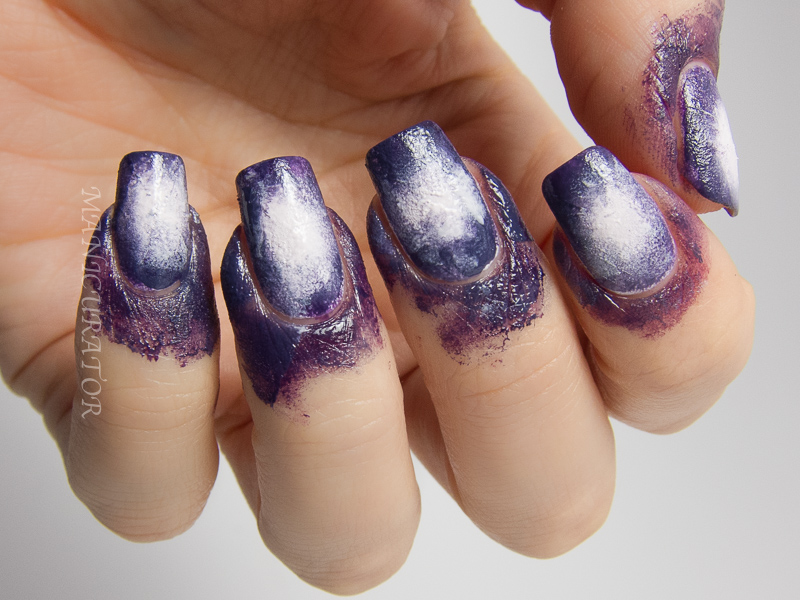 You can see this requires a bit of cleanup, or you can place tape or or use the glue method to protect your skin. 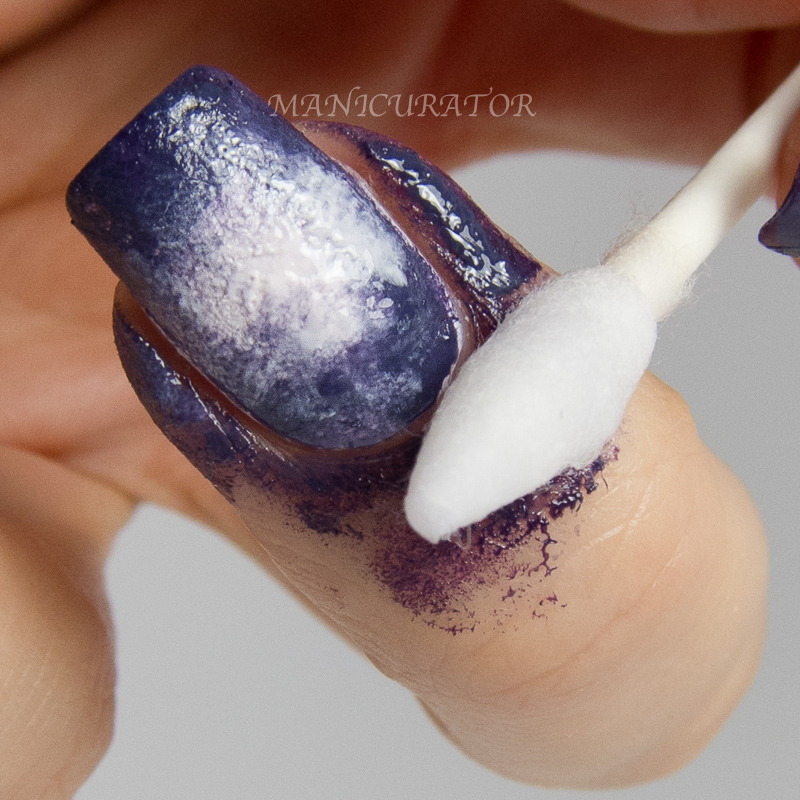 For cleanup I used Precision Q Tips dipped in acetone. 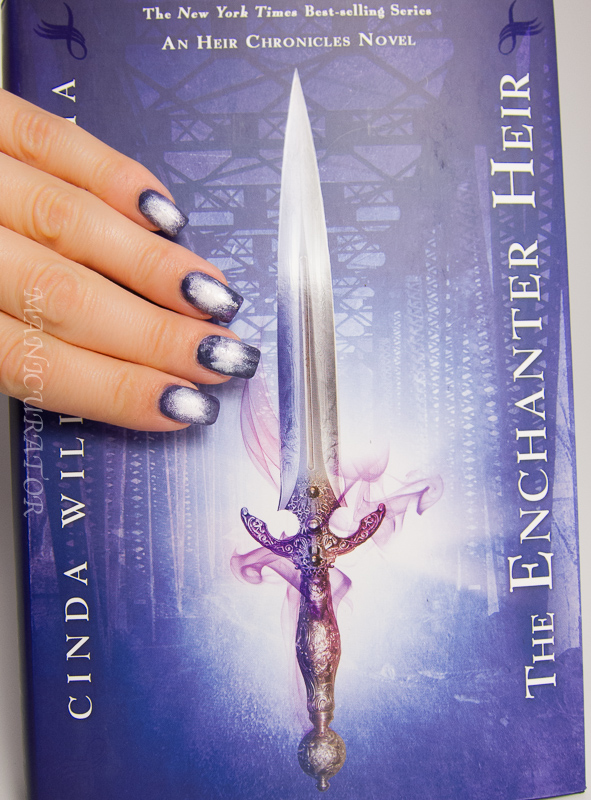 I liked this look so much I almost left it like this! 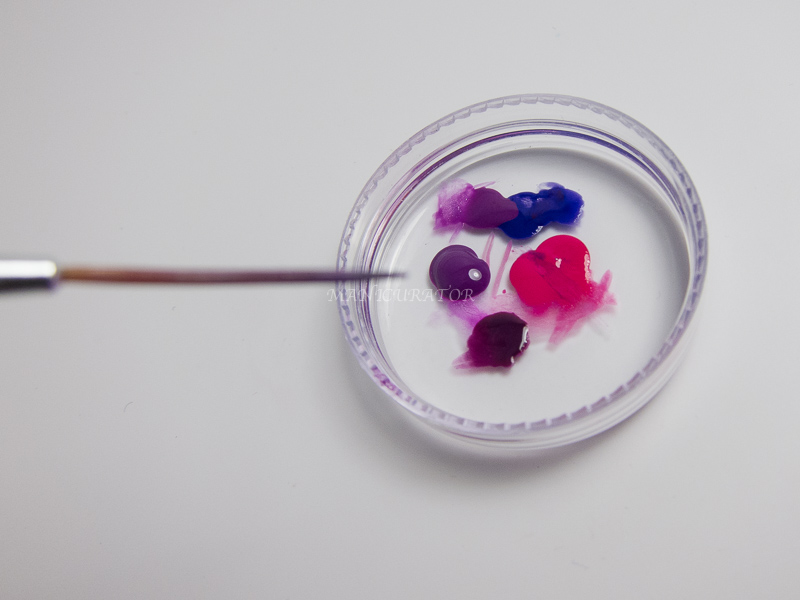 For the final step I used a plastic lid and put drops of OPI Girls Love Ponies, Skating On Thin Ice-Land and Do You Have This In Stock-Holm? and China Glaze Givers Theme, then thinned them out with drops of acetone mixed in. I wanted to capture that smoky ethereal look from the book's cover illustration! It was easy using a thin nail art brush to place brush stokes of nail polish where some had more pigment and some were thinned out to create this look. 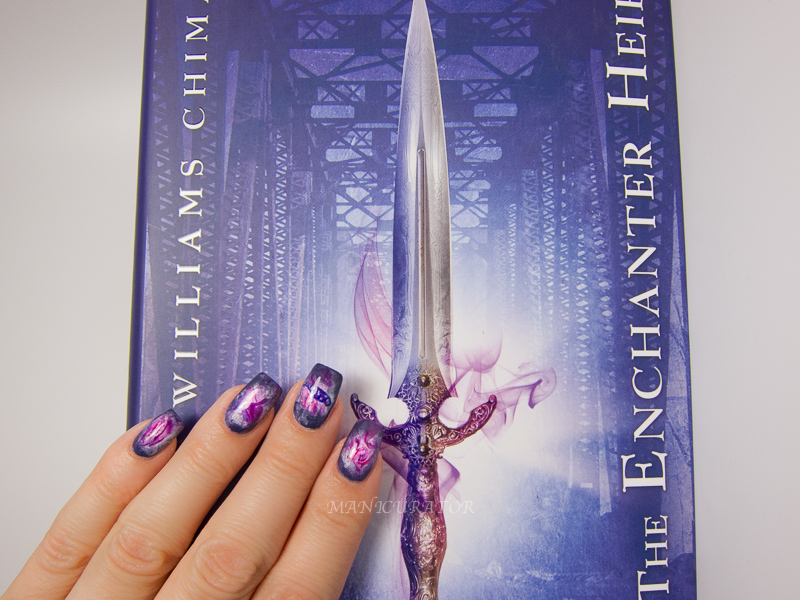 I also used OPI Do You Have This In Stock-Holm? to create a small piece of the handle of the sword. I used the end of a paper clip to dig in gently to expose the lighter shade underneath to mimic the scroll work in the handle. Lastly, don't forget your fast dry top coat. I used Seche Vite. 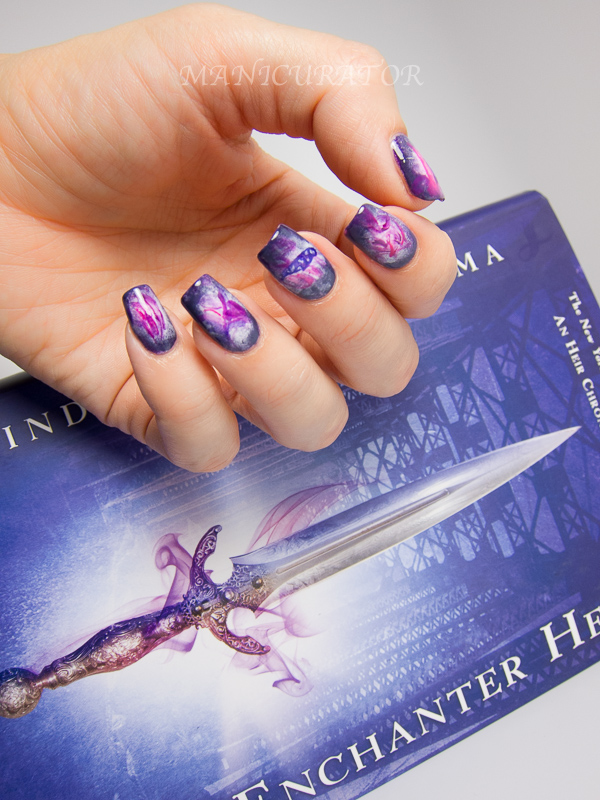 What do you think? I love how these turned out and think they match the book cover well!! I've already started reading the first book of the series and am super excited to give away a full set to one of my lucky readers. Enter via the Rafflecopter! (U.S. residents only, apologies to the international readers!) 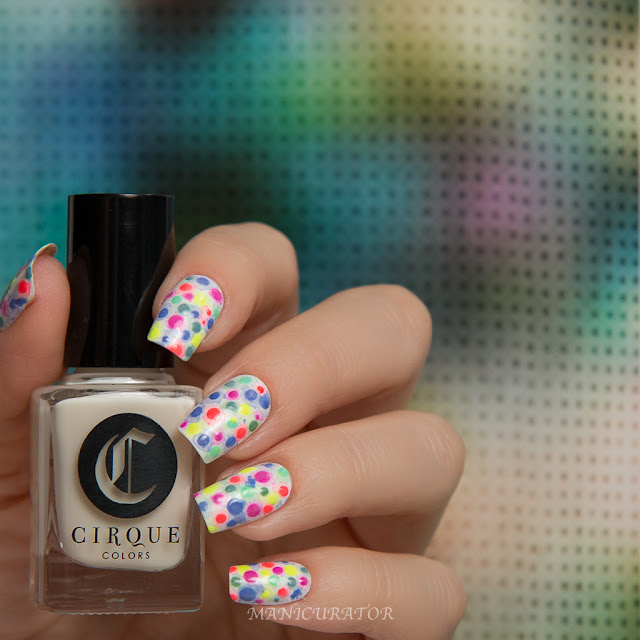